Reintroduction of a tree snail in French Polynesia

After locating an elusive endangered species or rediscovering one thought to be extinct in the wild, perhaps the next most rewarding endeavour is the reintroduction of one lost to time. In French Polynesia, the Fund is helping one grant recipient to reintroduce the endemic Raro tree snail (Partula dentifera) and other Partula snail species back into the wild on the Society Islands.

Provided with US $24,000 by the Fund, Mr Ravahere Taputuarai and Dr Trevor Coote aim to re-establish the once thriving communities of Partula snails on the islands of Raiatea and Huahine – both of which have suffered catastrophic extinctions – using methods successfully employed for re-introductions on Tahiti and Moorea in an earlier project supported by the Fund.

Species reintroduction, however, is seldom a straightforward process. In this case, the major hurdles come in the form of the Partula snails’ two deadly carnivorous adversaries – the Euglandina rosea snail and the New Guinea flatworm, Platydemus manokwari, the latter posing the more significant threat given ill-timed recent population explosions on both Raiatea and Huahine. This has undermined experimental releases on both islands, but the flatworm infestation now appears to have subsided and a full release of some species is imminent. In view of the potentially hostile reception from these deadly neighbours, however, the freshly reintroduced snails are to be treated to hourly monitoring by the team during the first week of their release, currently planned for September 2019. 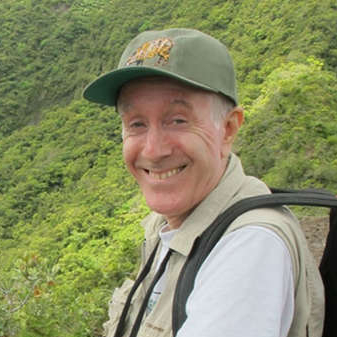