In Search of the “Little Devil”

Will satellite tagging a rare sea bird lead conservationists to its nesting grounds?

When your search area comprises thousands of kilometres of featureless ocean, and your quarry is described by the American Bird Conservancy (ABC) as “among the rarest and most secretive seabirds in the Western Hemisphere”, one could not be blamed for harbouring a dash of pessimism.

This was the task taken up by an international team of experts brought together by the ABC to locate the nesting grounds of the Endangered Black-capped petrel (Pterodroma hasitata), so that measures can be devised to protect the species. Provided with a grant of $25,000 by the Fund the team sought to locate, capture and tag the birds at sea in order to track them back to new, unrecorded nesting sites.

Cursed in the Caribbean with the label “diablotín,” or “little devil,” owing to its haunting night-time call, P. hasitata roams over thousands of miles of open ocean, relying on an extraordinary ability to track down food over long distances by following its scent.

Using cages of chum – fish guts and other pungent bait more regularly associated with attracting great white sharks – the team were able to draw these endangered seabirds close enough to be captured by nets launched from a small dingy, becoming the first ever to capture and affix a satellite tag to P. hasitata and succeeding in tagging ten individuals during excursions in May 2019.

Only five breeding sites are currently known, all of which are on the island of Hispaniola, and it is hoped that tracking data from this project will reveal other locations that can then be included in conservation strategies that will more effectively preserve these rare seabirds. 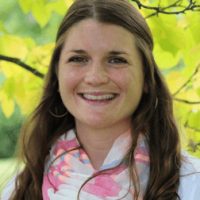