Swimming against the current

Africa’s biggest ever fish rescue operation is now in full force thanks to rescue efforts by conservationists, local communities and landowners who are monitoring and relocating one of South Africa’s most threatened and charismatic freshwater fish from compromised territories to safer habitats.

The free-flowing and undammed Olifants-Doring River running through the Cederberg Mountains, is the ‘last remaining outpost’ and home to South Africa’s most endangered migratory freshwater fish known as the Clanwilliam sandfish (Labeo seeberi).

Rapidly declining sandfish populations are under pressure from ‘invasive species, water abstraction and sedimentation’ in the only two known tributaries where they still spawn. Urgent conservation intervention is needed.

Provided with a grant of $12,800 in 2019, for the very first time the team surveyed the spawning migration of adult sandfish on the Biedouw River across 16 established sites. The team translocated ‘610 young sandfish from dangerous habitats to a safer section of river upstream’ with promising results.

The MBZ Fund grant lead to co-funding from the National Geographic Society in 2020, and working together with land-owners to “clear alien fish and create sandfish sanctuaries.” The grant also led to the project undertaking Africa’s biggest ever fish rescue, where the team translocated over 7,599 young sandfish to three farm dams in 2021.

The final part of the cycle entails collecting the fish from the dams once they have matured, releasing them back into the wild and monitoring their survival and movements. ‘Our greatest hope is that these dam-reared fish return to the Biedouw River to spawn, thereby boosting numbers of young sandfish in the wild’ says project leader Dr Jeremy Shelton.

They also plan to clear three more dams and complete production on additional multimedia projects. The team is also working on a documentary and has produced four episodes of their Saving Sandfish web video series while also working on an immersive 360 virtual reality (VR) experience as part of raising awarneness and funds. 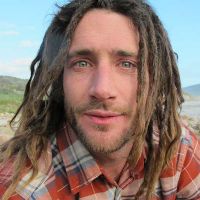